For more information, you can send a message. Our experts will call you as soon as possible.

Gynecomastia is defined as the enlargement of the breasts in men. An imbalance between estrogen and testosterone levels results in breast enlargement. Gynecomastia can be seen as a result of physiological changes in hormone levels in three periods of life: the newborn period, the period of adolescence, and old age. More than 60% of adolescent boys have gynecomastia. In most of these cases, the gynecomastia goes away on its own, while in some it is permanent and requires treatment. There is no underlying cause in most cases of gynecomastia. Some cases are related to drug use, obesity, hormonal disorders, genetic diseases or tumor formations . 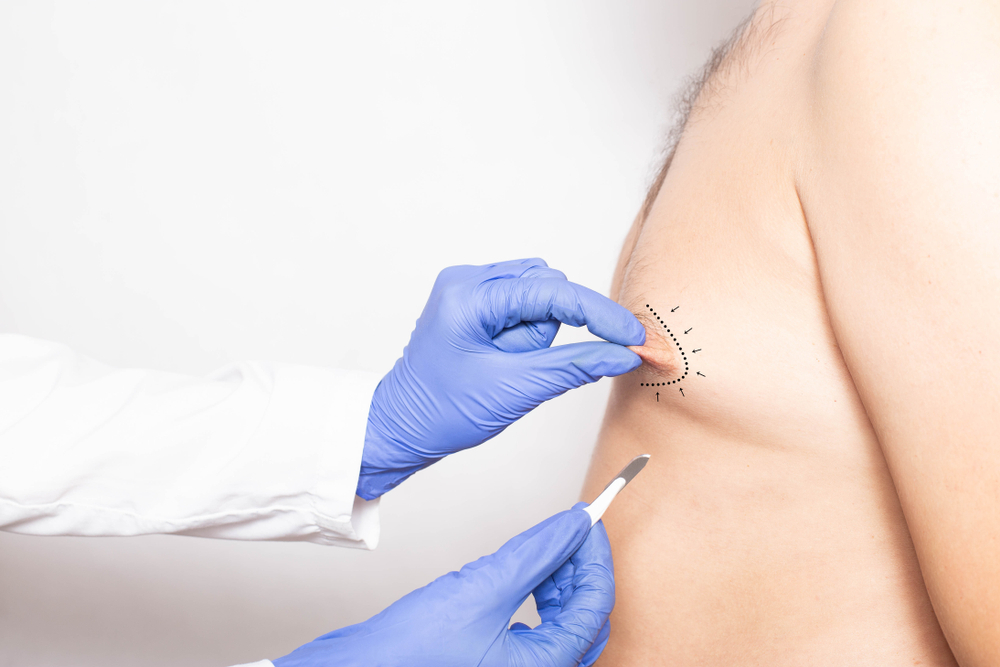 How does the process progress in gynecomastia surgeries?

In the patient with gynecomastia, it is first investigated if there is an underlying cause. If the disease is detected, treatment directed at the cause is applied first.

However, in most patients, the cause cannot be found. The treatment plan is made according to the structure of the breast. If there is only an increase in fatty tissue, then liposuction is planned, and if there is only an increase in the mammary gland, then surgery is planned. If there is enlargement of the mammary gland and increased fatty tissue, both liposuction and surgery may be required. For the surgery, a crescent-shaped incision is made from the bottom of the nipple and the glandular tissue is removed. Patients are discharged the same day or the next day. Bathing is allowed after 24 hours. A printed bandage or corset is worn for 3-4 weeks. Most patients return to work after 1 week.

Will there be scars after gynecomastia surgeries?

In cases where surgery is required, the incision is made from the lower half of the nipple. If the patient does not have a tendency to scar formation, after a few months the scar becomes almost invisible. However, in cases where the breasts grow too large, it is sometimes necessary to remove the excess skin. In this case, an "inverted T-shaped" scar is left that extends from the nipple to the lower part of the breast.

Does gynecomastia cause breast cancer?

Write Us Through Whatsapp